The Meow Post Daily Cat Blog
Home Adorable Cat Found Frozen and Thought for Dead Before Being Fitted With Four...

Abandoned cat named Ryzhik was in -40C temperatures in Siberia, causing gangrene in his feet which led to him having his paws removed. Normally, injuries like this would result in the cat being put down, but one dedicated team of vets stepped in and saved the day.

The paws were created using sophisticated computer tomography and 3D modelling and is believed to be a ‘world first’ for a cat to receive four new feet. 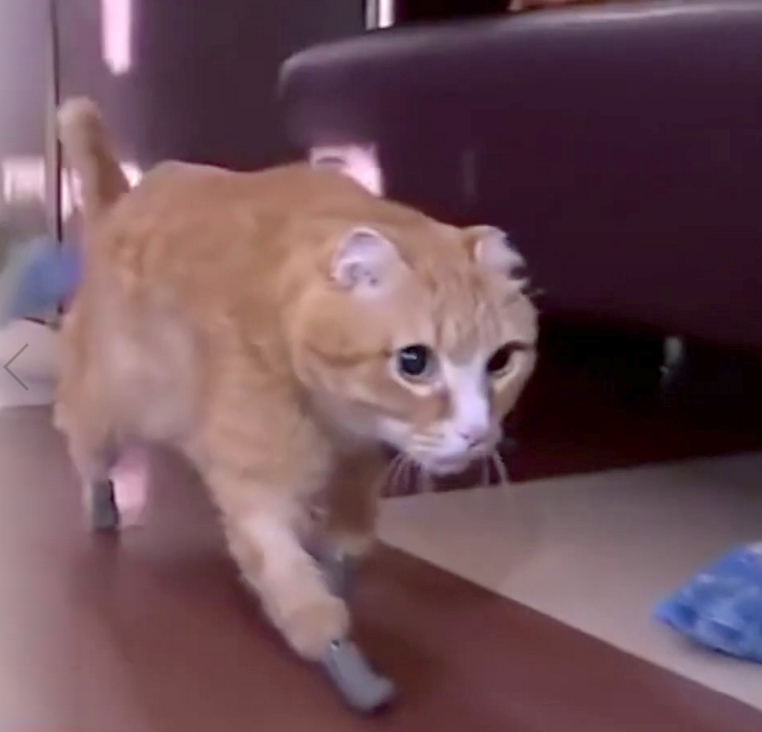 Dedicated vets spent hours trying to warm up the kitty with warm water and blankets until eventually, she was back up and moving around. A veterinarian named Sergey Gorshkov told the Siberian Times: “He is definitely the first cat in the world who experienced such surgeries. The limbs have fully connected with the skin and bone.

In a post, the Animal Clinic of Kalispell wrote: “Amazing success and survival story from this week. Some clients found their injured cat buried in snow.

Watch the amazing video below:

Have you ever seen such an amazing story? Truly incredible. Share with your friends and family to brighten their day.