The Meow Post Daily Cat Blog
Home Adorable Cat lures people to play with him, ends up stealing their money...

Meet Sir Whines-A-Lot. He might look innocent, but he’s one sneaky feline. Stuart McDaniel, the boss of the office where Sir Whines-A-Lot resided, came into work one day and noticed some money lying just inside the door with his cat close by. 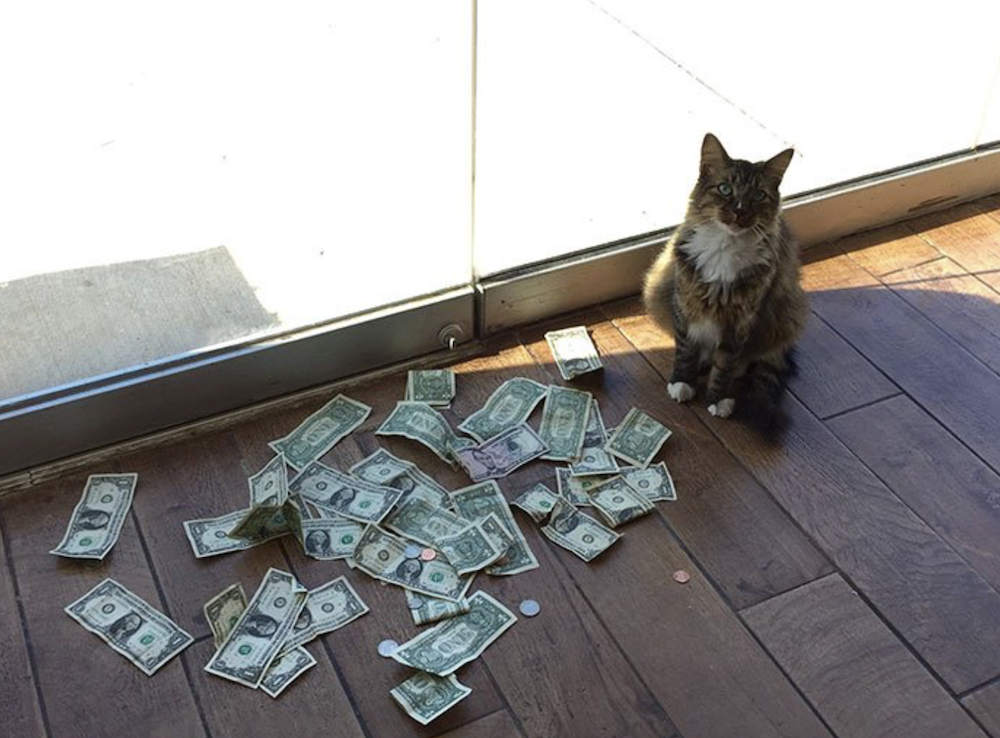 Stuart noticed it kept happening, so he thought he’d test something, “We tried sliding money through the gap in the door, and the cat hopped up and snatched it.” 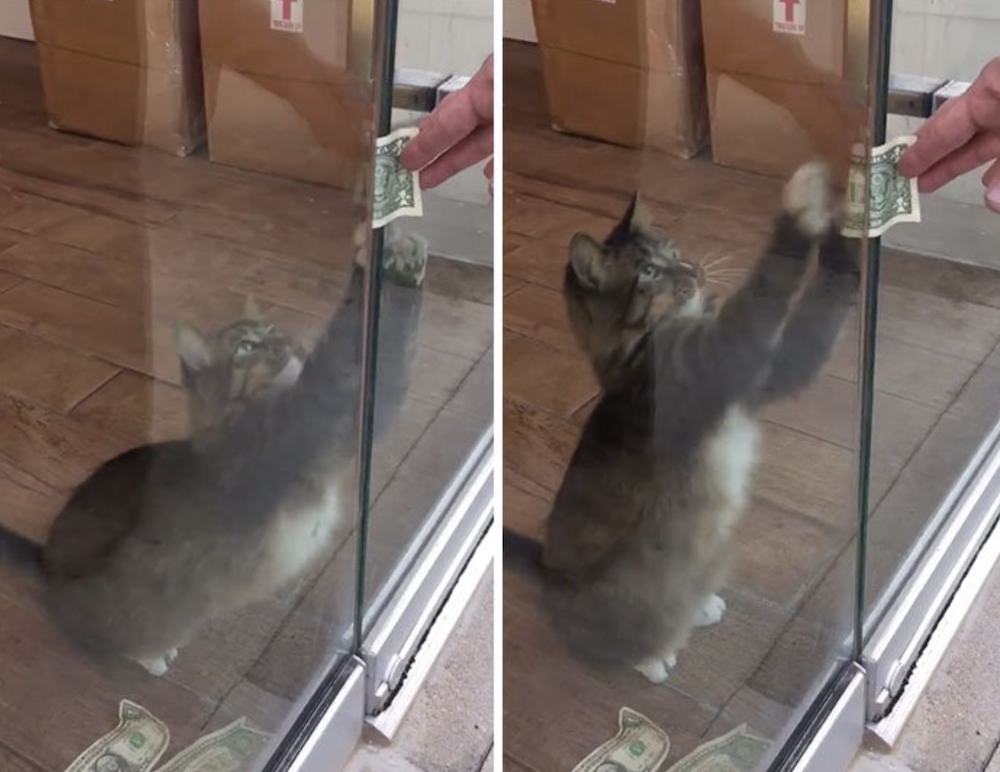 He figured Sir Whines-A-Lot had been snatching money from unsuspecting passers-by who probably put the money through the crack just to play with him, but didn’t expect he’d actually take the bills. 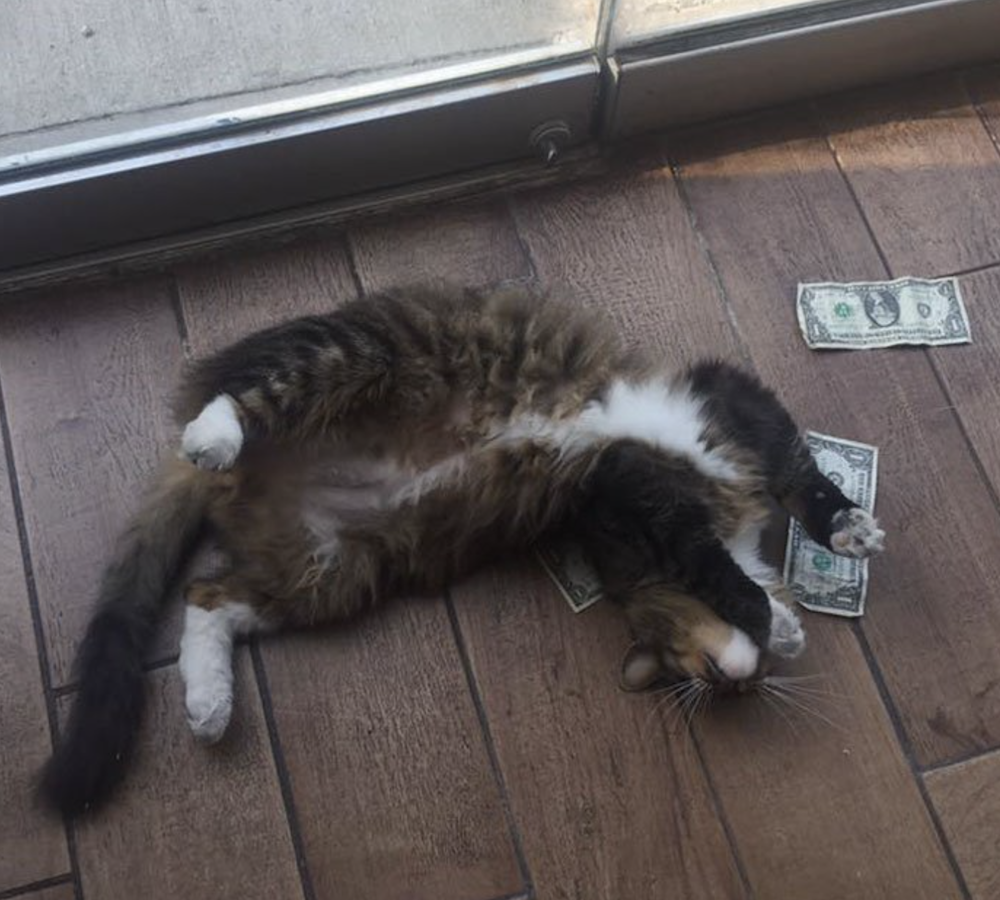 Stuart says, “When you hold money there, he’ll bat at it playfully at first, like, ‘Oh, that’s kinda fun.’ But then all of a sudden he’ll bite it and rip it from your hand. He does it so fast, you don’t even realize what’s happened.” 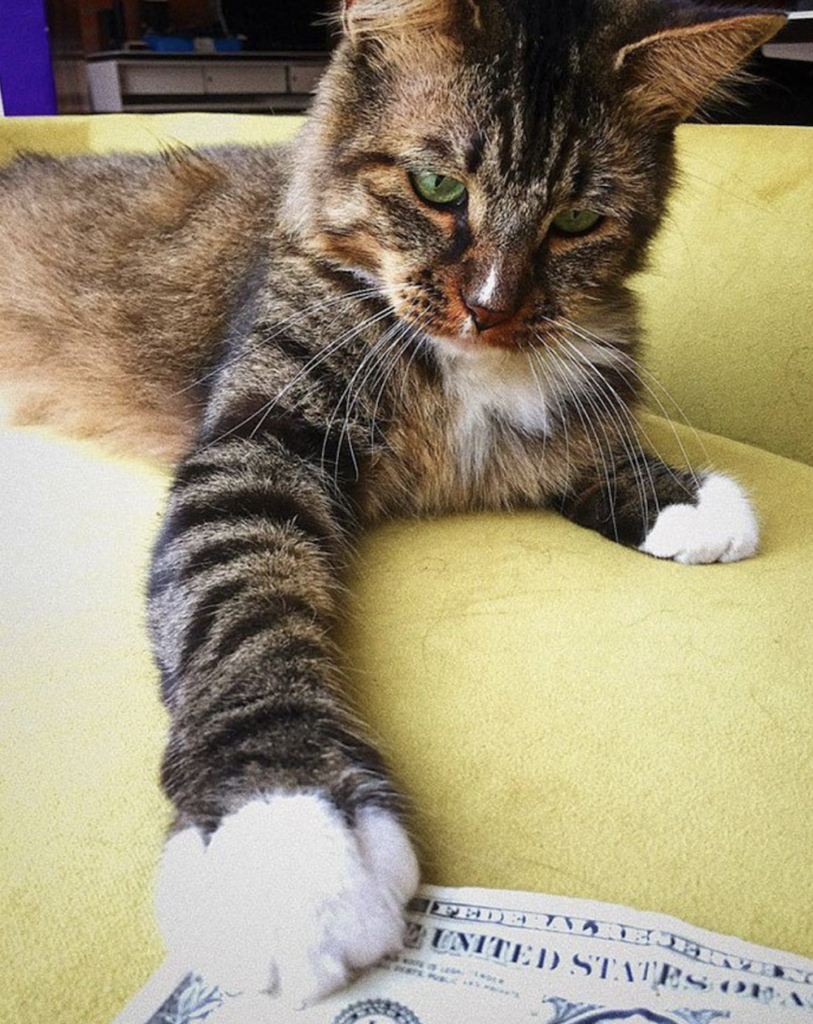 As more people kept falling for this furry thief’s trick, the money started piling up. He ended up snatching over $100. 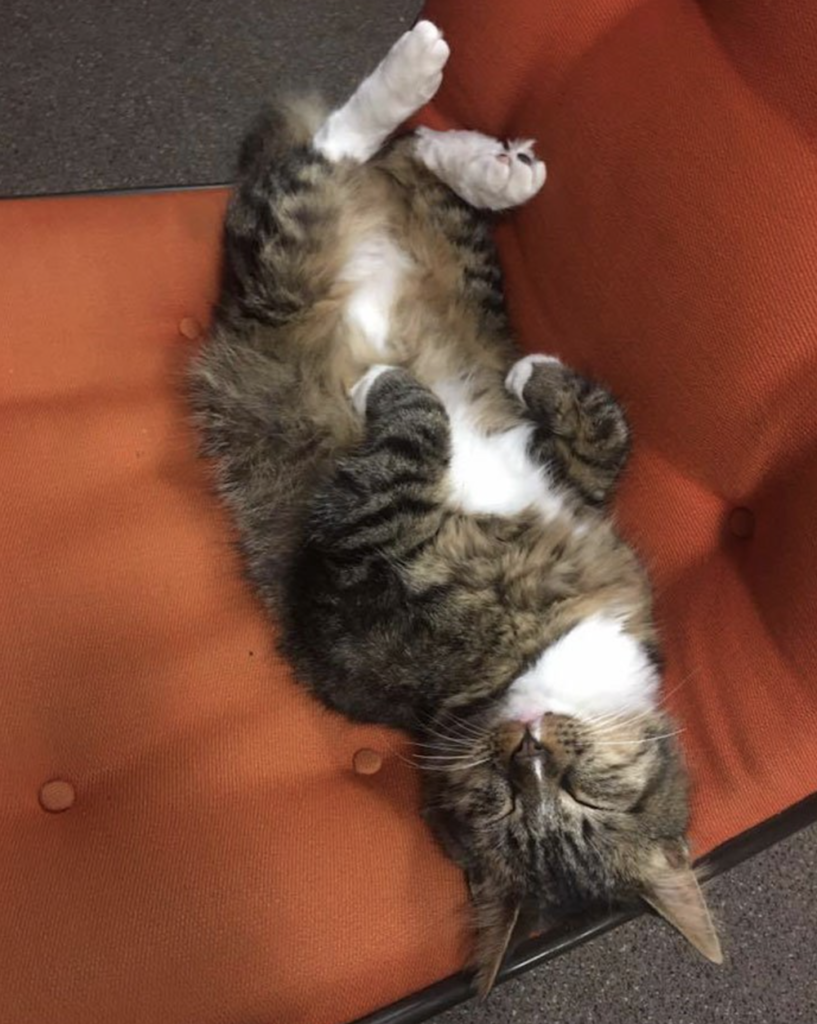 Stuart decided they could do nothing else but donate it. Since Sir Whines-A-Lot was a rescue from the streets, it seemed fitting that they would give it to the Tulsa Day Center for the Homeless. It was all given under the cat’s nickname, CASHnip Kitty. 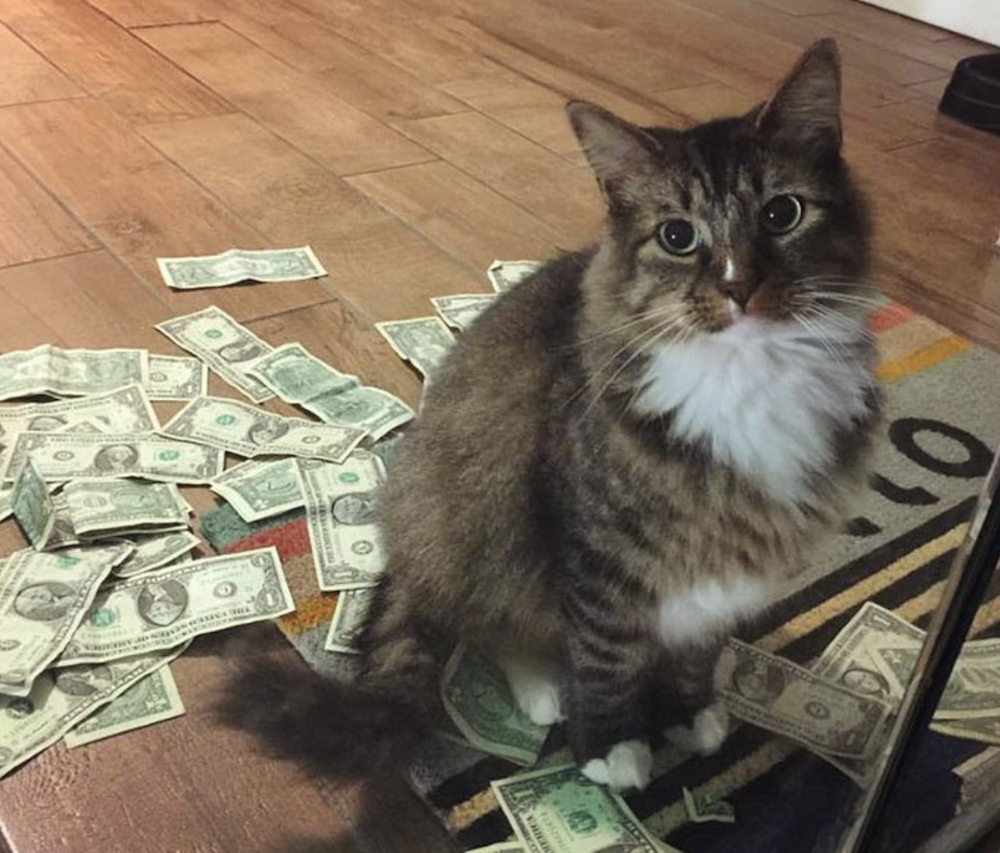 They also posted a warning on their Facebook page to let people know what they were getting into, should the kitty convince anyone else to slide money through the door, “Cashnip Kitty is a hustler with a philanthropic heart. He will snatch your money and donate it to the Tulsa Day Center for the Homeless. Slide a dollar through the slot and great blessings will follow.” 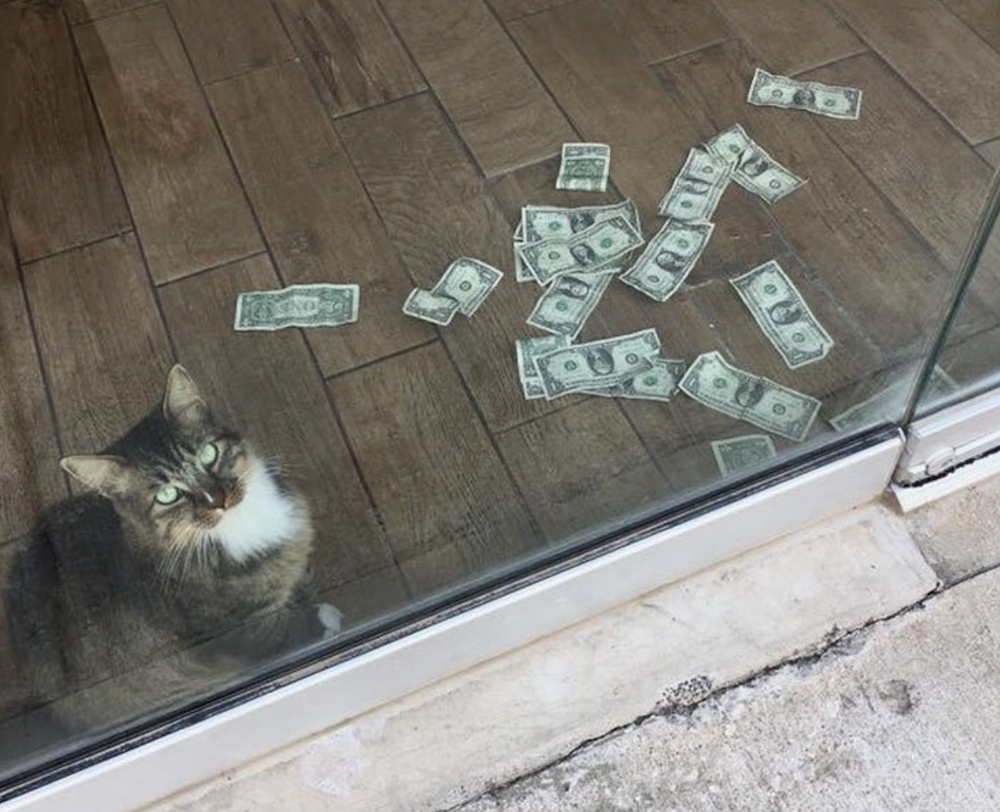 Scroll down to see Sir Whines-A-Lot in action!

This kitty brings a new meaning to “rolling in the dough” – Watch the video!

This is the cutest thief/philanthropist I’ve ever seen! LOL.