The Meow Post Daily Cat Blog
Home Adorable Meet a Cat that Steals Money for the Homeless, Donates it to...

If you were a fan of Zorro the Masked Man, then you will like this cat. He is a furry Zorro. Call him Sir Whines-A-Lot. You will be surprised at what he can do. This Zorro cat lives at the office of a firm in Tulsa. The firm deals with marketing.

You won’t believe this hilarious cat’s love of money, and how he keeps collecting it in piles. This is almost TOO funny for words! 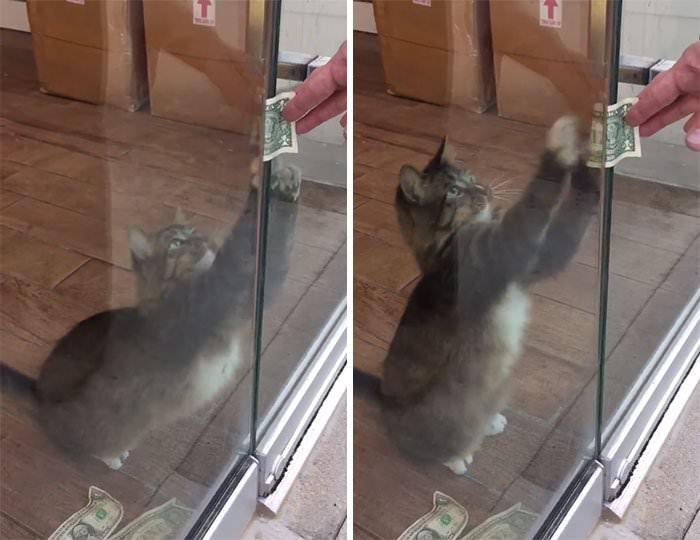 Sir Whines-A-Lot began following Zorro’s footsteps when the founder of the firm, Stuart McDaniel, was surprised when he found some money by the door where furry Zoro liked to hang out. To Stuart’s surprise, it kept happening. Every day they would find Sir-Whines-A Lot with lots and lots of money. They didn’t know the reason behind it. So they decided to test a theory. 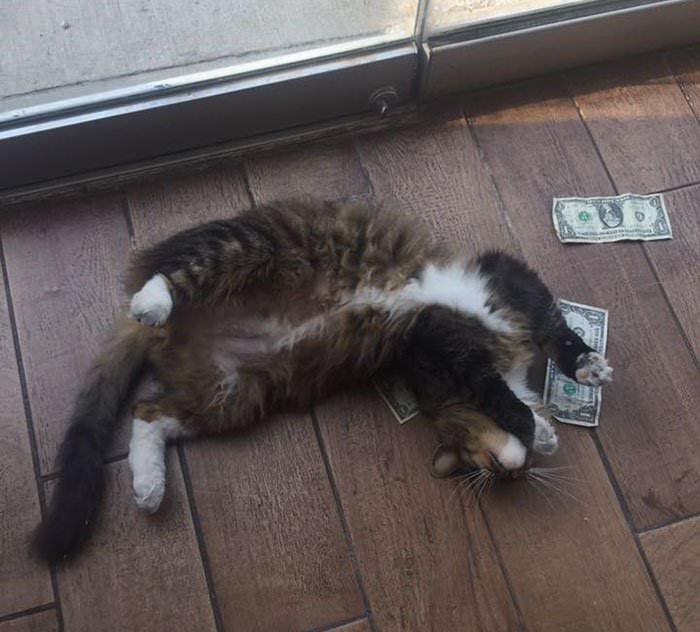 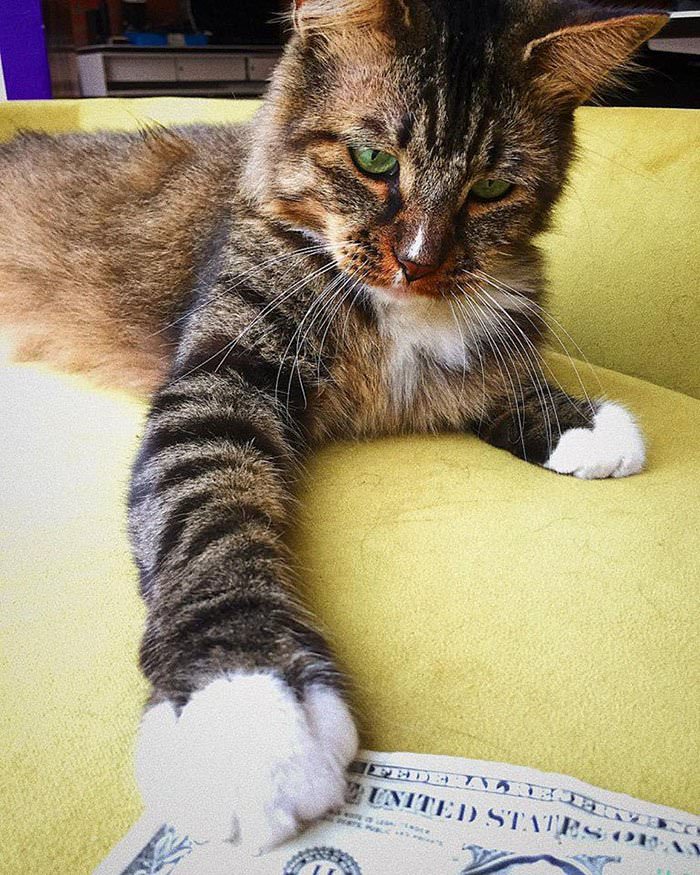 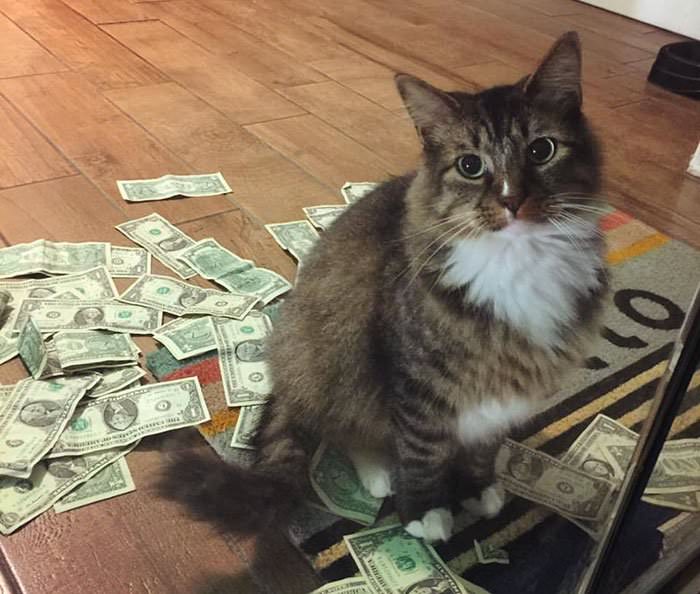 So far they have already donated $100. What a hero! (Criminal). Love this story? Share it and read our next item here.